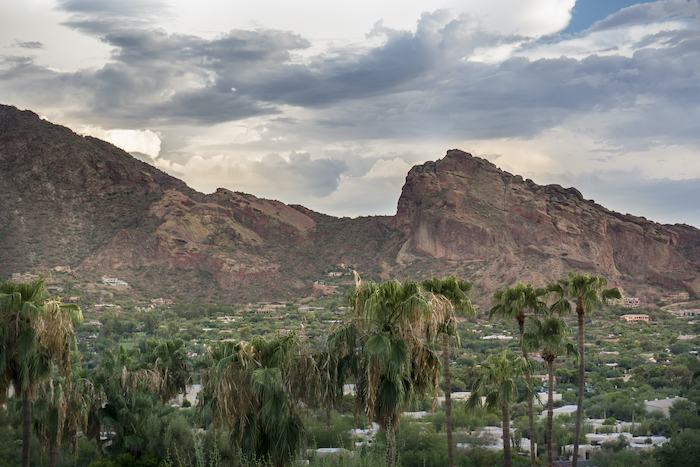 Scottsdale, Arizona-part old and part new-is a perfect vacation destination for vacationers and tourists to enjoy cowboy country. At 1257 feet above sea level, Scottsdale’s climate is perfect for three seasons out of four; the summers are hot, but there is no humidity, which makes it bearable.

Old town Scottsdale was once the Main Street of Scottsdale. During the early 1900s cotton was king and drove the economy that built the town. As we all know, the one constant that’s guaranteed is change, and so it is with the downtown area of Scottsdale. Today, Old Town Scottsdale is upscale and trendy and not a relic from the past. Nine neighborhoods filled with boutiques, art galleries, restaurants, nightclubs and all sorts of attractions for everyone. There are more than 100 art galleries, boutiques, shops and restaurants awaiting those who venture forth into this delightful part of Scottsdale. This Western feeling quarter celebrates the city’s past while offering a entertaining destination for locals and visitors.

Scottsdale considers itself to be “The West's most western town”, and prides itself in its rich Western heritage. The Scottsdale Arabian Horse Show has taken place since 1955. Today, the show attracts thousands of visitors and tourists, to see nearly 2000 purebred Arabian and Half-Arabian horses competing for various prizes and recognition. The show also features over 300 vendors and exhibitions, and over 25 demonstrations and shows

There is also a present-day "cowboy" event sponsored by the Scottsdale Jaycees Parada del Sol. It is an annual month-long event that has been held in Scottsdale since 1954. Originally named The Sunshine Festival, the PRCA Rodeo was added in 1956. Cowboys and cowgirls from across the nation converge in Scottsdale to participate in this cultural and historical event. The event begins each year with the Parada Del Sol Parade, the world's largest horse-drawn parade with over 150 entries in any given year.

Since 1971, Scottsdale has been home to the Barrett-Jackson Auto Show. Now held at the expansive West World exhibition complex in North Scottsdale, this car auction is an amazing event, and is an auto buff’s dream

In 2007 Scottsdale began hosting low and high fashion shows in the annual Scottsdale Fashion Week including popular department store line fashion designers and some higher end ones during the month of November.

The Scottsdale Culinary Festival is held annually during April. Though many individual events are held throughout the city, they are primarily concentrated in the downtown area.  It’s estimated that the week-long festival draws over 40,000 people to the Scottsdale area. The most heavily attended such event is the festival's Great Arizona Picnic, an outdoor fair-like showcase of both well-known local and national chefs and restaurants. It is held on the lawn of the Scottsdale Civic Center Mall.

Scottsdale, Arizona has much more to see and do. This fair city should be on your list as a vacation destination.

LEARN MORESHOW LESS
Rate & Availability Disclaimer
Base rates (EXCLUDING any applicable taxes, fees, and promotions) are displayed as provided by rental managers and are not guaranteed. Rates are based on the start date or arrival date selected in the search and may vary on subsequent days. Properties marked ‘Available’ or ‘Booked’ are done so based on information provided by the rental manager and are not guaranteed. For completed details (including minimum stay length, full availability information, approved arrival days and other booking rules for the property) select ‘Book Now” (on available properties) or ‘Check Availability’ (booked properties) to be directed to the rental manager’s website or click “Contact” to send them a specific request.

Vacation Finder®, the blue color scheme, and Vacations Professionally Managed are service marks of Vacation Finder LLC. All rights reserved. Trademarks, service marks and trade names of independent rental, realty and property management companies found on this site belong to their respective owners and are used with permission of those owners by virtue of their use herein.